To achieve our mission of being Europe’s Must-See Professional Wrestling company, we have assembled a hard-working team that has vast knowledge and experience in all aspects of the professional wrestling business. We truly believe we have the right people in each position to help grow the 1PW brand in 2022 and beyond. 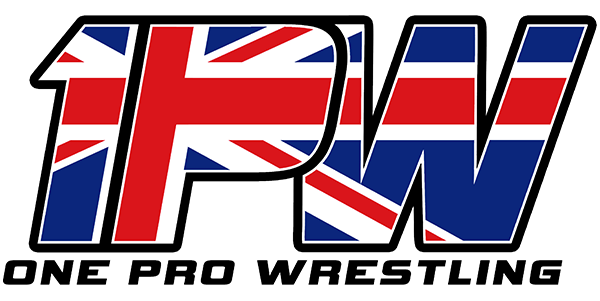 Steven Gauntley, Owner & Managing Director of 1PW LTD, is a name synonymous with 1PW and its influence to this day on the British wrestling scene. As the original creator of 1PW, Steven’s vision led the company through its most successful years as a major UK promotion.

Under Gauntley’s leadership, 1PW became the first (and only) British wrestling promotion to negotiate retail distribution for its media properties, resulting in 1PW DVDs selling in HMV, Woolworths and other major retailers across the UK. The same media properties went on to be distributed internationally for the Portugese speaking retail market in Europe and South America.

Having witnessed first-hand the effects of addiction and mental illness throughout his early life and during his time in the industry, Steven took a step back from wrestling to work as an addiction counsellor and mental health advocate. This remains central to his core values and business ethos. During this time he also worked as a successful artist and published author, as well as remaining a devoted fan of professional wrestling.

A lifelong wrestling enthusiast and successful entrepreneur, Gauntley is as passionate as ever about the 1PW brand and its fanbase. And now, with several decades of life and business experience behind him, believes the time is right to usher in a new era of 1PW.

As one of the pioneers behind the successful British wrestling company British Wrestling Revolution (BWR), Adam Moverley brings his wealth of knowledge and experience as a wrestling promoter to his role as Owner & Director of 1PW LTD.  In this role, Adam oversees all operational aspects of the company’s strategy, including booking and talent relations. He also plays an integral part in 1PW’s creative process, helping to shape the creative direction and storylines presented to our audience.

A lifelong wrestling fan, Adam was a regular at 1PW shows during the company’s original run which ignited a passion for the business from an early age. He began working in the industry in 2014 for a number of smaller wrestling companies, learning all aspects of the business. He launched BWR in 2017 and later established their training facility, the EVO Wrestling Academy.

In 2020, Moverley transitioned from his career as a Royal Air Force engineer to the entertainment industry full-time, further establishing himself as a wrestling promoter while also producing other live events including stand-up comedy and live music. Building off this success, and driven by his passion for the wrestling industry, Moverley remains focused on the development of the 1PW brand and aims to guide the company to a bright future.

Kay Smithson is the Fan Experience Manager for 1PW. Having worked for British Wrestling Revolution (BWR) since 2017, Kay has been instrumental in managing the delivery of their fan experience as well as building and maintaining standards, operating guidelines, processes, and other organisational aspects of BWR and their training facility, the EVO Wrestling Academy.

Kay brings this wealth of experience and expertise to 1PW in her role as our Fan Experience Manager. In this role, Kay is responsible for managing the front of house and merchandise sales teams, providing them with administrative and event management support while ensuring our fans receive the best possible experience at 1PW live events.

Bringing his immense level of experience to the new era of 1PW, as Consultant and Executive Producer, is Rich Dunn. Holding 14 years’ experience in the industry, Rich has been involved with some of the highest produced wrestling productions in the UK. His attention to detail and precise vision led New Generation Wrestling to have the first nationally televised wrestling match in the UK for over 25 years. The company then went onto multiple TV deals, including being aired in over 40 countries worldwide on a weekly basis.

Dunn’s experience in British wrestling has also seen him take an important role in some of the largest scales productions in the UK. He worked as the Production Supervisor for WCPW and was instrumental in them running major arena events for the company. He was also involved in bringing global companies such as IMPACT and NJPW into the UK.
When domestic broadcaster ITV commissioned a full series return of WOS Wrestling, with its debut episode seen by 1.4million viewers, Rich was brought in as a consultant. He then took the leading role in the very successful follow up UK tour, covering many areas such as production, talent logistics and creative.

For many years, Rich was involved in the running of between 100-150 large scale events a year. His experience of overseeing the end-to-end delivery of large-scale events, be it talent relations or show day logistics will prove a valuable asset to 1PW.

As Chief Operations Officer of Powered4.tv ( serving a worldwide fanbase that hosts over thirty wrestling promotions on a streaming platform ) Scott has served as a liaison between many promotions.

With a wealth of experience in Professional wrestling business, Johns presence in British wrestling can not be understated, serving as Producer, commentator, and media liaison, working for both Sportkeeda Wrestling and Powered4.tv amongst others

Beyond his achievements in wrestling John also has experience as a media manager for a Premiership football club, and has managed in health and social care supporting adults with learning disabilities and challenging behaviours for twenty years

For 1PW John will oversee and co-ordinate our Media department, ensuring a professional and modern approach to the companies relationship with media outlets and the broader fanbase via social media.

Ashley, a keen professional wrestling enthusiast for over three decades, has travelled thousands of miles up and down the UK filming countless wrestling shows for the last five years

Amongst his many artistic production contributions Ashley’s key efforts have been focused on the British Wrestling Revolution product, for whom Ashley successfully helped to launch the BWR On Demand platform in 2020

With an unrivalled eye for professional wrestling production and talent, Ashley has created fantastic content for many promotions in the UK, and now , after accruing all of that experience, will display his passion for creating and editing compelling content to help give 1PW world class creative production and content.