1PW burned brightly and lit a fire across the British wrestling scene that is still being felt today.  In a short time, British wrestling felt what it was to have true stars, international and homegrown, instead of “American wrestling tribute shows”. It capitalised on the success of wrestling worldwide and proved that British talent could stand alongside its global counterparts.

Often discussed, often emulated, never succeeded, 1PW is still in the heart of some wrestling fans, many of whom have gone on to become wrestlers and promoters and we are proud to present a brief history of the start of the hottest era of British pro-wrestling in generations.

1PW announced its closure in August 2013 with a message posted on its official Facebook page, stating "With Immediate Effect – ALL 1PW shows are cancelled". 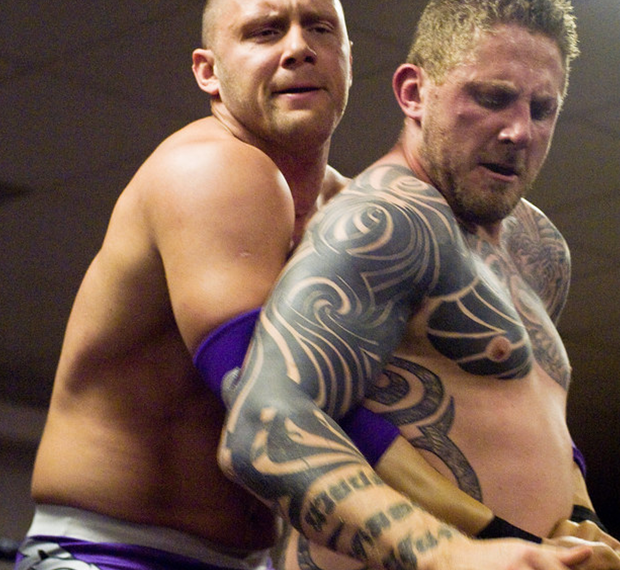 After starting as an undercard “enhancement” wrestler and winning a 1PW contract at 1PW’s first-ever event, "The Pukka One" Darren Burridge had fought for two years to become arguably 1PW’s premier British star. Having tasted tag team gold as one half of the hugely popular duo Team S.H.A.G alongside Colt Cabana, and then gone on to become Open Weight Champion, Burridge proved to fans that he was worth more serious consideration than his flamboyant personality and trademark furry dice would suggest when he fought a series of championship matches with Nigel McGuiness, that culminated in Burridge finally defeating McGuiness in an Iron Man Match that is many fans pick for the best pure wrestling match in 1PW’s storied history. 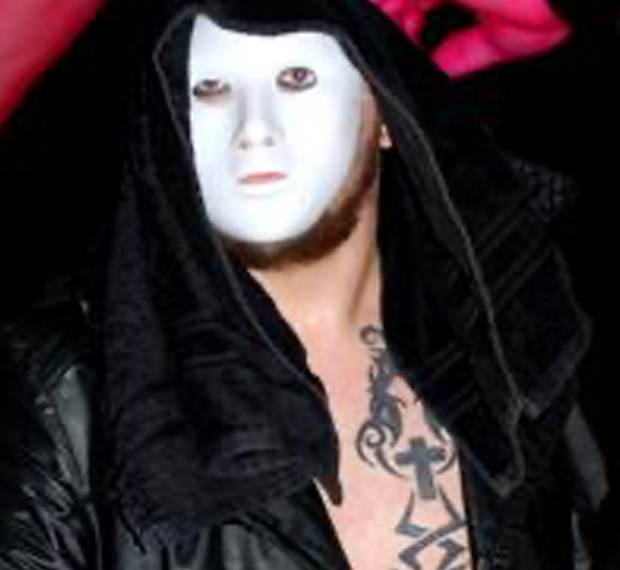 After a very real personal family issue between Dragon Aisu and 1PW owner Steven Gauntley, Aisu and his Damned Nation group had been banished from 1PW, but made a shocking return of their own accord, disrupting a Doncaster Dome supershow, and stealing the 1PW tag team championships. Thus began the rivalry that definitely captured a heightened emotional response from the fans, with support for each side of the war. This rivalry would span two years and was a bitter and bloody battle that many fans will never forget. 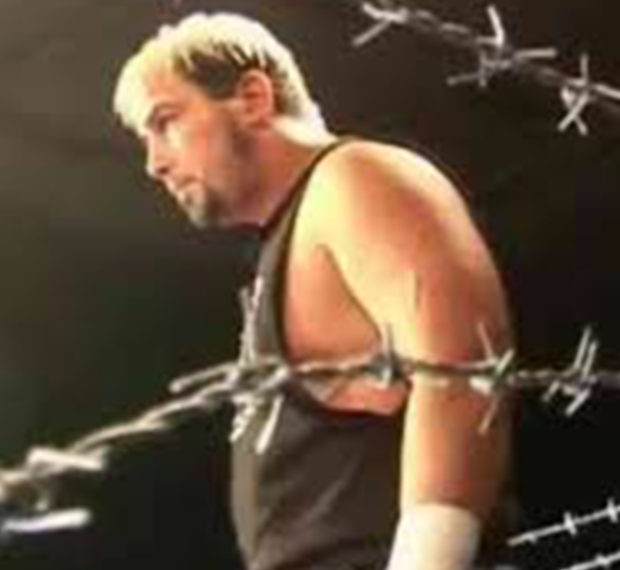 At 1PW First Anniversary, before a record sell-out crowd that saw hundreds of fans turned away from a heaving Doncaster Dome, the personal rivalry between 1PW Champion Steve Corino and "The Monster" Abyss came to a boiling climax, as the two fought in Europe’s first-ever No Ropes Barbed Wire Hell Match. In a promotion filled with legendary brutal moments, this epic and deadly encounter sits atop the mountain of pain!

Two men synonymous with 1PW who fought from opening card acts to main event superstars were Sterling James Keenan and the plucky underdog Spud (whom modern fans will now know as Corey Graves and Drake Maverick) and their year-long personal rivalry that was potentially never more blistering than when the two warriors clashed in a brutal Iron City Street Fight, an encounter that further elevated both competitor’s stock and established both as mainstream attractions to wrestling fans. 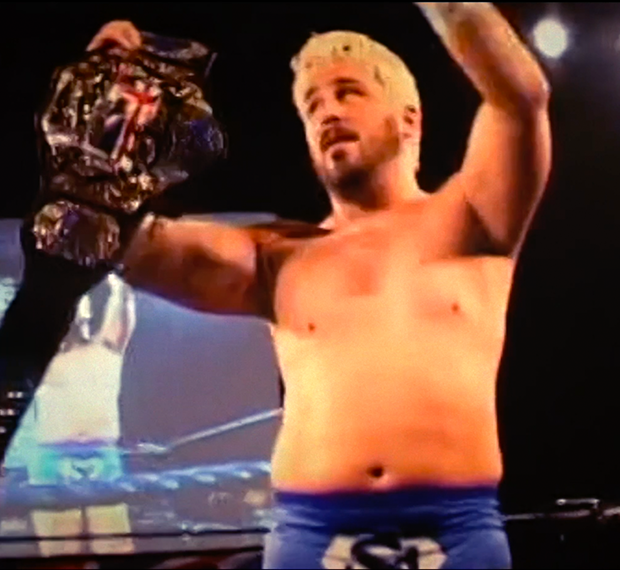 Many fan's sentimental pick for their favourite 1PW memory comes as "The King of Old School" Steve Corino wins an outpouring of fan support by toppling Abyss and Christian Cage in a Triple Threat match to become the new 1PW World Heavyweight Championship, and celebrates in the ring with his eight-year-old son Colby Corino on his shoulders as 2,000 fans chant "he’s our champion."

The weekend of massive events also saw British duo Jonny Storm and Jody Fleisch emerge victorious over a field of eight international teams by defeating AJ Styles and Christopher Daniels in the finals. 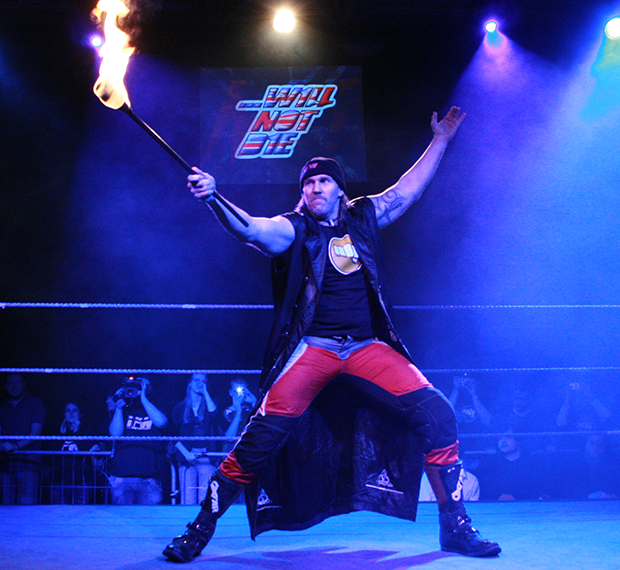 Perhaps the most iconic single moment in 1PW history leaves fans in breathless as Ulf Herman becomes "The Flaming German" in a 1PW World Heavyweight Championship match against the inaugural champion Abyss after being driven through a flaming table covered in drawing pins. This moment cemented Herman as a perennially beloved figure to 1PW fans, and dominated an epic weekend of events that included the debut of Christian Cage, and also saw Abyss emerge atop a world-class field of sixteen fighters, including AJ Styles, Samoa Joe, Austin Aries, Rhino and many more to be crowned as the first 1PW champion. 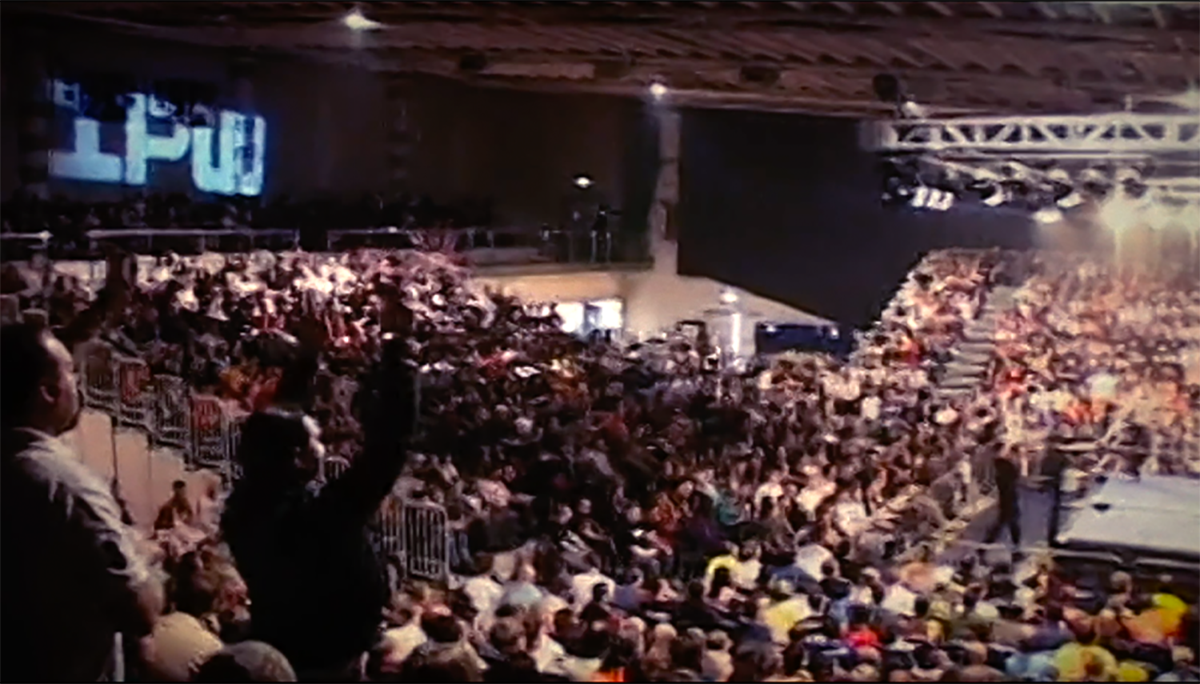 Welcome to the Biggest Show

1PW saw its momentum grow as it cements itself as "Europe’s must-see wrestling promotion " with a huge weekend of events that amazed UK wrestling fans. Continuing to build on the success of the first show, 1PW’s lineup would include Bret "Hitman" Hart, Samoa Joe, Christopher Daniels, Jeff Jarrett, Sabu, and many others. Where else, in 2006, could you see a roster like that? 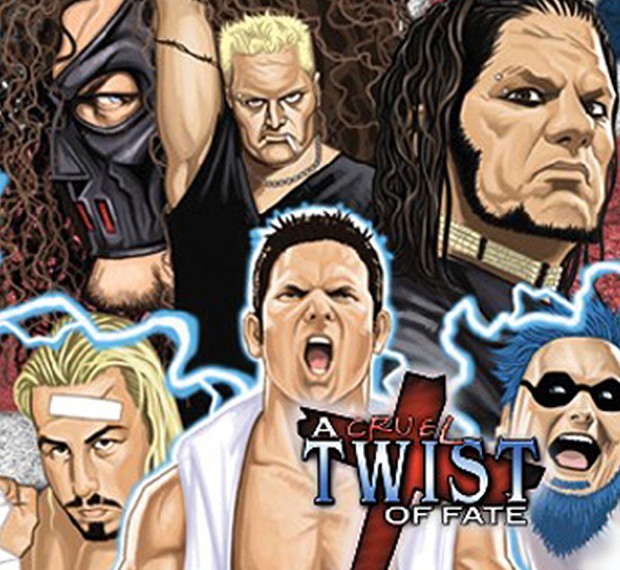 A Cruel Twist Of Fate

1PW is unleashed on the wrestling world with the epic groundbreaking and now legendary event that started it all, featuring one of the top independent wrestling lineups in the entire world, including AJ Styles facing The Monster Abyss and a first time ever in Europe three-way dance that saw ECW legends Raven, The Sandman and Tommy Dreamer blow the roof off of the Doncaster Dome. British wrestling hadn’t seen anything like this in years!